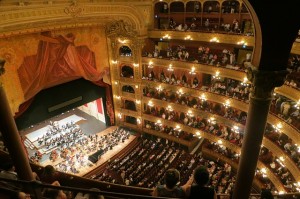 Orchestra performances are filled with full-bodied music and you can feel the passion radiating from each member of the orchestra. This year, there are several international orchestra events to watch out for. Consider taking your high school orchestra to the following events for a rich and unforgettable music-filled experience!

PLAN YOUR NEXT TRIP WITH CenterStage